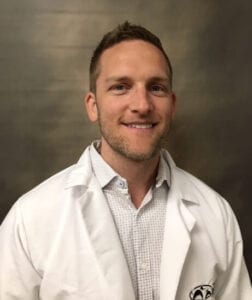 Diet-associated dilated cardiomyopathy (DCM) was first described in cats in the 1980s. The development of DCM in those feline patients was linked to a dietary deficiency of the amino acid, taurine. Unlike dogs, cats are unable to synthesize taurine from their diet making it an essential amino acid for cats. Pet food companies began adding taurine to their recipes, and the prevalence of DCM in cats dramatically declined thereafter.

In the 1990s, a few, small case reports of diet-associated DCM started to surface within the veterinary literature. Veterinary cardiologists noted that certain breeds may be predisposed to taurine deficiency based on investigations looking at the role of taurine deficiency in DCM. Breed-specific metabolic differences (requirements, the ability to absorb and/or utilize taurine, etc.) and/or genetic factors were thought to play a role. In the case of Cocker Spaniels, supplementation with taurine and L-carnitine (another amino acid) led to partial or complete reversal of DCM; some other breeds (ex: Boxers) did not respond as favorably. At that time, however, cases of DCM related to dietary deficiencies were considered rare.

Over the past few years, an increasing number of cases of possible diet-associated DCM have been observed by veterinary cardiologists around the world. Seasoned cardiologists were noticing DCM in breeds not generally predisposed to the disease, and with an increased frequency in some predisposed breeds (i.e. Golden Retrievers). Many, but not all, of these patients were being fed grain-free diets or diets with relatively novel ingredients (i.e. exotic meats, starches, fruits, probiotics). These diets are now referred to as BEG diets (boutique, exotic, grain-free). Some of the dogs (namely some Golden Retrievers) consuming these diets had low taurine levels and improved with taurine supplementation and a diet change, while others (the majority) had normal taurine levels. To further complicate things, some dogs improved when switched from one grain-free diet to another, suggesting that the absence of grain wasn’t the whole story. During the summer of 2018, the Food and Drug Administration (FDA) began investigating a potential link between DCM and diets containing peas, lentils, other legumes, and/or potatoes as their main ingredients and grain-free foods. Specifically, they are investigating deficiencies of other nutrients (other than taurine), nutrient interactions that may alter the bioavailability of key nutrients, and the possible inclusion of toxic ingredients to the implicated diets. The FDA is partnered with a number of universities and private practitioners to broaden the scope of the study.

Given the lack of conclusions at this time, the recommendations put forth by the investigators include 1) measuring taurine levels in dogs diagnosed with DCM while consuming a BEG diet, 2) screening other dogs in the household that are consuming the same diet, 3) reporting the dietary information to the FDA, 4) switching the diet to one containing standard ingredients (beef, corn, wheat, chicken) formulated by a well-established manufacturer that adheres to both AAFCO & WSAVA guidelines, and 5) supplementing taurine in dogs with possible diet-associated DCM. More information and updates on the FDA investigation can be found at the following websites: